Donor Comes Full Circle in Support of We Raise 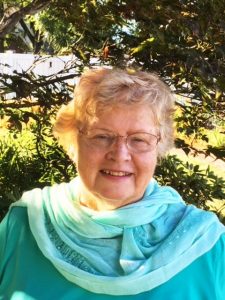 Gail Lutze may have lived all over the United States and Canada and traveled all over the world, but Wheat Ridge Ministries – now We Raise Foundation – has been a constant presence in her life. Her relationship with We Raise began when she was a teenager attending Trinity Lutheran Church in Panama City, Fla. There she learned about the programs We Raise supported and helped raise funds through her association with the Walther League, a youth organization of the Lutheran church.

As a youth work major at Valparaiso University, Valparaiso, Ind., Gail continued to learn about We Raise programs and ministries. After she was married and had moved to Colorado, she studied human services at Metro State College in Denver. As a part of those studies Gail interned at a residential center for people with developmental disabilities in Wheat Ridge, Colo. — the location where Wheat Ridge Ministries (We Raise) was founded.

Gail’s professional career in social services sometimes came with financial struggles, but she always tried to include We Raise in her giving. “Not always as much as I would like to do, but always what I could do,” she notes.

Her marriage to the Rev. Dr. Karl Lutze in 1996 expanded her connection to We Raise beyond financial support. “Karl was very actively involved with the organization for many years,” she says. “We attended some of the special programs, such as the President’s Circle gathering, and with each one of them I became more impressed with the work that We Raise does and the organizations it supports.”

Gail was thrilled to attend the March 2018 We Raise Foundation launch celebration. There she met more representatives from programs and ministries and heard more about the new name and the new focus. She liked what she heard, especially the new focus on capacity-building. “I know what it’s like to work for a nonprofit – I know how tough it is – and for We Raise staff to share their expertise with developing programs is very valuable,” she says.

Gail also brought some friends to the event. “Afterward, they told me they thought they had known about We Raise, but the presentations and the people they talked to impressed them even more,” she says. For Gail, getting information out about the programs and attending events are the keys to bringing on additional We Raise supporters.

“I think we all want to know that in some way we’re connected with the Lord’s work, and if there’s some way that we can encourage someone to participate, I think that’s really important,” she says. “To know that whatever amount you give helps a program to move a little farther down the line—that’s exciting!”

Gail is grateful for her lifelong connection to We Raise, which she describes to friends as an organization that uses funds well and supports exciting, impactful programs that are necessary in communities across the country.

“I really feel that I have gotten so much more out of my connection with We Raise than I have been able to give.”

Join Gail and other We Raise supporters in lifting up communities impacted by poverty, violence, and inequality. Your gifts will greatly impact your life and the lives of those in need. 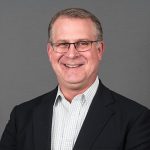 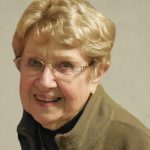