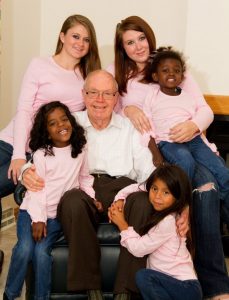 Bill Kinley was a gentle giant with a very big heart. He gave 110 percent of his time and energy to any project he undertook. More importantly, he imparted his kindness, compassion, wisdom, and friendship to the many individuals and organizations he encountered throughout his lifetime.

That fondness carried over to his involvement with Wheat Ridge Ministries, where he served as a board member from 1976 to 1984. When Bill passed away in June 2016, he remembered Wheat Ridge in his estate, generously leaving a substantial stamp collection. The collection was auctioned off and the proceeds, which totaled over $500,000, benefitted the work of Wheat Ridge.

“He had a special place in his heart for Wheat Ridge,” says a protégé and longtime friend, Shane. “He talked about how he would travel back and forth to the Wheat Ridge board meetings quite a bit. He was proud that a small town boy could achieve so much. Yet he was very humbled by the experience.”

Of Bill’s enormous stamp collection, Shane recalls with a chuckle, “It was a compilation of helping people. He was involved in a stamp club for many years. As older club members died, he would buy out their collections, mostly to help the families out. He ended up with a massive collection.

“Bill never did anything lightheartedly. He always immersed himself in it,” Shane continues.

Shane met Bill while working at a restaurant in Olean, N.Y., where he was attending community college. Bill came in the restaurant every Friday and bought food to bring to an elderly woman he looked after.

“He took an interest in my future and what my plans were,” Shane recalls. “We shared a lot of interest in investments and markets. He took me, a complete stranger, under his wing.”
As time passed, they came to think of each other as family. After Shane married and had his own family, Bill became known to Shane’s daughters as “Grandpa.”

“Bill was such a loving person. No matter how busy he was, he always found time for the girls and me,” says Shane’s wife, Jacque.

Through Bill, the couple learned how he came to be involved in Wheat Ridge Ministries. Many years ago, Wheat Ridge convened a group of relatively young people in their 30s for a project known as the Ebenezer Thankoffering, which groomed them for future leadership positions in the church.

“Faith was a very important part of Bill’s life,” says Shane. “We had many lengthy conversations about life, religion, how to conduct yourself and be a moral person, a standard for other people. One of the key tenets he passed on to me was that it’s not about what you say; it’s about quiet things you do that matter.”

Wheat Ridge Ministries is deeply grateful for the generous support of people like Bill Kinley and donors like you who make our work possible. Please join us in furthering our ministries of hope and healing by visiting www.weraise.org.

Giving Thanks for Generosity and Great Hugs 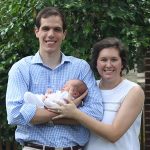 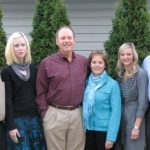 Supporting Wheat Ridge Brings the World to Their DoorstepsDonor Stories