Called to Serve, Board Member Lives Out His Faith 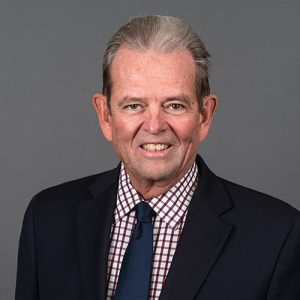 About three years ago, Rev. Dr. Jon Diefenthaler travelled to Statesville Prison (Joliet, Ill.) with several We Raise Foundation board members and staff to experience the work of the Under the Door Prison Ministry, a We Raise grant recipient. He recalls the walled environment, the starkness and austereness of the place, the windowless cells, and a general picture of grayness.

“The only way you could communicate with the men inside the cell was to talk through the crack in the door,” Diefenthaler says. He could sense their hunger to talk to another human being besides the prison staff and his heart went out to them. “The fact there were people doing this kind of ministry and they cared about the men’s needs and concerns and were willing to offer them a prayer on their behalf – it was very impactful.”

For Diefenthaler, a former pastor and president emeritus of the Southeastern District of the Lutheran Church – Missouri Synod (Columbia, Md.), the mission of We Raise is important and inspiring. “There’s a lot that’s broken in our world, so as Christians our mission is to bring about the redemption of what’s broken, to create new life and possibility and a new day for people in our world,” he says. “To be part of an organization like We Raise that is carrying on the mission of Jesus Christ in this way – it makes a huge difference to me.”

As soon as he joined the board, there was change in the air, including the selection of a new president and CEO and the challenge of repositioning the organization to better communicate its mission and reach new generations of people to be donors and supporters. “It was an exciting process to be a part of,” he says. “We recognized that we had supporters and donors who loved our organization but had very little idea of what we actually did. Paul [Miles] helped us focus our mission to identify those issues where we would focus our attention and create a new way of giving grants to organizations addressing these issues.”

The most important component of the organizational change, according to Diefenthaler, is the new value-added capacity building components of We Raise grant making. “We’re not just giving a check to a particular group and asking them to report periodically on the progress they have made,” he says. “We are walking alongside the group or the organization to help them, to look at the way that they will be able to sustain their ministry beyond the lifetime of the grant, and to put them in a strong position as a result. I think that’s very important for us to be doing that, and it’s also unique compared to other grant-making foundations.”

Diefenthaler feels that being involved with We Raises gives Christians an opportunity to put their faith into action. “There’s the love of God that transforms us and changes us so that we seek all kinds of ways to express a similar kind of love to our neighbors, and We Raise is aiding that process for us as Christians,” he says. “This is the niche where We Raise is working and creating opportunities for all of us who seek to make a difference in our world.” 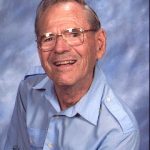 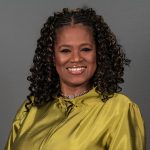