Overcoming Challenges, Opening Door to Health and Hope for Others - We Raise Foundation

Overcoming Challenges, Opening Door to Health and Hope for Others 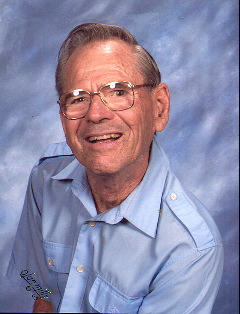 Although Ken Treshow walked with difficulty and struggled to speak, he traveled the world and never hesitated to express his opinion.

“He was absolutely determined that his disease would not define him,” Dr. Mel Kieschnick, a former We Raise Foundation area representative, says of his friend Ken, whose cerebral palsy caused his body to spasm and made movement a challenge.

When Calvary Lutheran Church in Solano Beach, Calif., held a “clean-up” day, Ken was the first to arrive, hoe in hand. “He didn’t let anything slow him down,” says Rick Hein, another friend and current We Raise Foundation board chair. “He was very much a giver, not a taker.”

Ken died in August 2017, just shy of his 85th birthday. But his strong, giving spirit continues to make a difference, including through We Raise, which he supported regularly for some 20 years and included in his will.

The opportunity to help support new programs and projects as they were just getting started resonated with Ken. He discovered We Raise Foundation (then Wheat Ridge Ministries) through friends at Calvary Lutheran, the congregation where he turned on behalf of his parents and found even more for himself.

Ken telephoned the church in the early 1980s seeking a “Danish Lutheran pastor” to talk with his elderly parents. Rev. Richard Knudsen, Calvary Lutheran’s pastor at the time, visited the Treshow home in San Diego. So began a relationship that drew Ken to the church after the death of his parents and when his brief marriage ended in divorce.

At Calvary Lutheran, Ken’s faith grew. So did friendships with congregants, including Mel and Rick. “Having God and my loving congregation in my life is the best thing that has ever happened to me,” Ken once said.

Rick admired Ken’s perseverance, from his determination to participate in Bible study discussions to his global treks – including scaling the Great Wall of China. “There was Ken, shaking but with a big grin on his face,” recalls Rick, who, with his wife, Ann, often traveled with Ken. “He had this horrible disease, but he was a man with incredible spirit.”

Ken served as Calvary Lutheran’s librarian, sharing expertise gleaned through his 30-year career at the Scripps Library at the University of California, San Diego. “He spoke often about his time there,” Mel says. “He appreciated that the university respected him and let him use his intelligence and contribute.”

It was Mel who introduced Ken to We Raise, explaining how grants can open a door to life-changing opportunities for others. Ken also valued We Raise’s commitment to accountability, including follow-up with grant recipients.

Instead of expressing bitterness about the neurological disorder that challenged his life from birth, Ken was thankful for God’s blessings. He made arrangements to “give back” through his will, including to the Cerebral Palsy Foundation (which he served as a board member) and to Calvary Lutheran.

Neither Mel nor Rick are surprised that Ken also remembered We Raise Foundation with a bequest.

“We Raise is unique – there’s none other quite like it,” says Rick, adding that the same words also describe his dear friend.

Like Ken Treshow, you, too, can open a door to opportunities for health and hope when you include We Raise Foundation in your will. To learn more about gift planning opportunities, please call 800-762-6748. 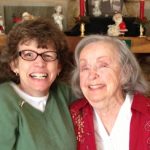 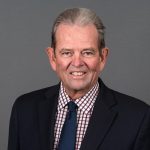 Called to Serve, Board Member Lives Out His FaithDonor Stories