Being Good In The Gray - We Raise Foundation

Being Good In The Gray

If you’ve turned on a political show recently, you’ve likely been confronted by two distinct opinions to whatever subject was being debated. Right or left. Conservative or liberal. Black or white.

But real life is more complex. Most of the time, it isn’t black or white but somewhere in between. We want to care for the poor, but we don’t want exploding deficits. We find it reprehensible that 13 million children are food insecure in the United States, but we don’t want higher taxes. Homelessness is heartbreaking, but the NIMBY (“not in my backyard”) principle is alive and well. Large scale issues are complicated and require sacrifice, innovation, and long-term commitment.

Despite the very real complexities to life’s most challenging issues, we are guided by the most simple, clear, and easily understood instruction from John 13:34 – “Love one another.” As Jesus instructed His disciples, so, too, He instructs us to do the same. Inside this edition of our eNewsletter, you will read of a Wheat Ridge-funded program called the Safe Lots Parking Initiative, which has found a way to impact others because of that instruction. Indeed, we are called to use our resources and be thoughtful and smart in how we apply them in service to others, but first we begin with that simple black and white call to love one another. If we begin there, then we can hope to be good in the gray.

With gratitude for all you do for others through Wheat Ridge, 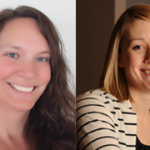