Derrick* began selling drugs in his North Lawndale neighborhood to support his family. When he was arrested, Derrick had two children and one on the way.

In the traditional criminal justice system pathway, Derrick faced a minimum of three years in prison if convicted. Once released from prison, his future would be bound by stigma leading to social isolation, reduced employment opportunities, and the statistical likelihood of returning to prison within three years.

Because he was between 18 and 26 and an offender of a nonviolent crime, Derrick was offered and chose to have his case transferred to Chicago’s groundbreaking Restorative Justice Community Court (RJCC), led by the Lawndale Christian Legal Center (LCLC) and the Circuit Court of Cook County.

We Raise Foundation awarded the RJCC a GrantsPlus grant in July 2017; the court opened in August 2017 and took its first case in September 2017.

If a case is eligible, the RJCC is explained to the offender and the victim separately; if both parties agree, the case is transferred to the RJCC. Then a peace circle process begins, with pre-circle work done separately with the offender and victim; this work determines the circle location, facilitator, and additional participants. During the peace circle, a repair of harm agreement is created, which can include relationship building, restitution, community service hours, and written letters of apology. The offender appears before the RJCC judge for monthly status court dates where progress is reported on the repair of harm agreement. If resolved, the case is dismissed and wiped from the offender’s record. 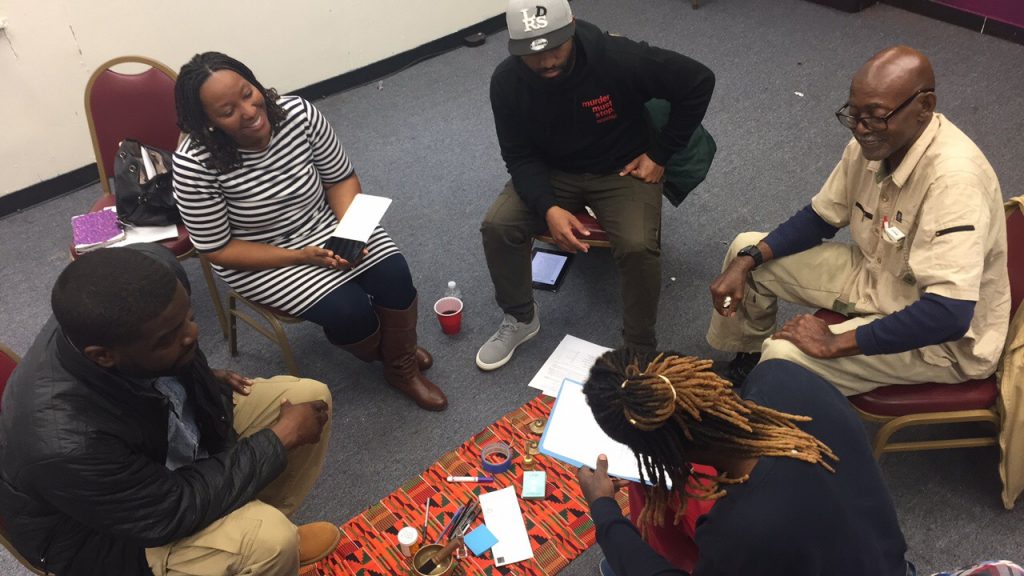 “We had a hard time reaching John when his case was first referred, and it seemed possible he had some cognitive delays and mental challenges,” Winfield says. Through RJCC, John received case management and wrap-around services; during his peace circle experience, it was determined that John was born prematurely, resulting in several disabilities that his family had not been able to address during his childhood. “Through the RJCC process, John learned important information that would allow him to get assistance for his disability,” Winfield says.

Since the court opened, the RJCC has served 25 offenders, conducted 24 peace circles, formulated seven repair of harm agreements, and made six referrals to community-based services. LCLC and its partners continue to break ground and learn as they go.

LCLC Deputy Director Danae Kovac is grateful for We Raise’s support at the early stage of RJCC. “I think the fact that We Raise was willing to jump on this project early as one of the first funders –and on a project that is new and innovative – that has been a benefit,” she says.

“This is hard work: change doesn’t happen overnight. But the potential for change for a young person, at the community level, even at a system level—that keeps me going.”
LCLC Deputy Director Danae Kovac

Winfield is enthusiastic about what the RJCC could mean for the community. “The possibility of where North Lawndale is headed because of this is exciting,” he says. “We could be the first restorative community in Chicago, so what we’re doing now is contributing to a better future.”

Through the peace circle process, Derrick came to terms with the harm he caused by selling drugs and made a commitment to a better role model for his younger brothers. With the help of his RJCC case manager, Derrick is working on a better future for himself and his family.

Thank you for answering the call to support We Raise and our partners as we strive to bring new models of justice and equality to communities struggling with violence and drugs.

*Name has been changed to protect his identity. 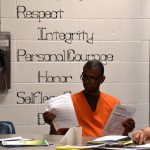 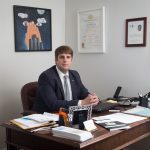