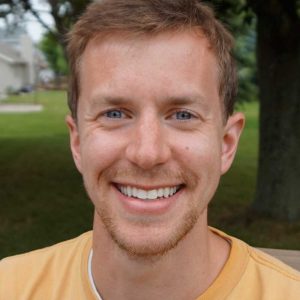 Jamie Stark believes that planting, harvesting cooking, and sharing food in community can create deep healing in the world. Inspired by his time as a missionary in El Salvador, Stark and several other Stanford University students developed Farming Hope in Palo Alto, Calif., to bring meaningful employment to area social services directed towards homelessness. In 2015, Farming Hope was accepted as an incubator program at Stanford’s Design School Food Entrepreneurship Education Design Collaborative, and Stark’s been working on it ever since. 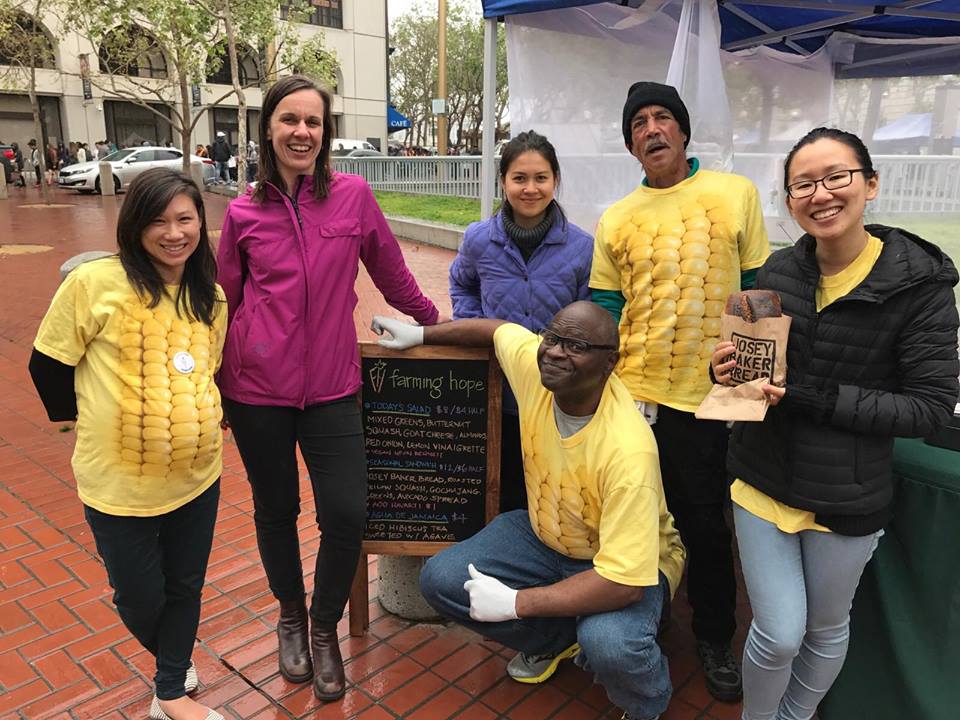 “The Wheat Ridge grant was one of our first grants,” Stark says. “I appreciate that people are willing to put their money aside to create better, stronger communities.”

Stark’s time in El Salvador was divided between a homeless shelter in the capital and a farm in the mountains that employed the shelter’s clients. He returned to the U.S. with the idea that serving others and working around food fulfils a need for recognition experienced by many who live on the streets. 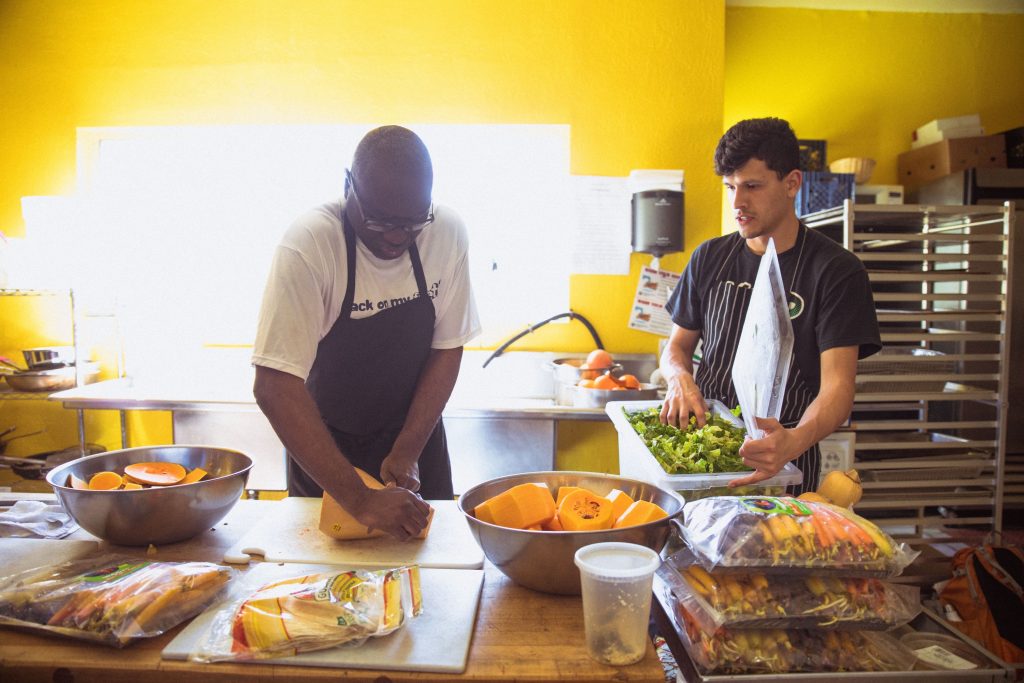 Mounir came to Farming Hope with cooking experience in hotels and restaurants, but he needed a boost after being homeless and living in shelters. “Mounir quickly became a leader and helped run our lunch pop-ups,” Stark says. “He went from not knowing how to cook our menu items to being in charge of the quesadillas we serve.” On his first payday Mounir described to Stark how much it meant to him to receive his first Farming Hope paycheck. “He called it a restart,” Stark remembers. “He’s got a lot to share with the world and it’s great to see him sharing himself with the people he works with and the people he feeds.” 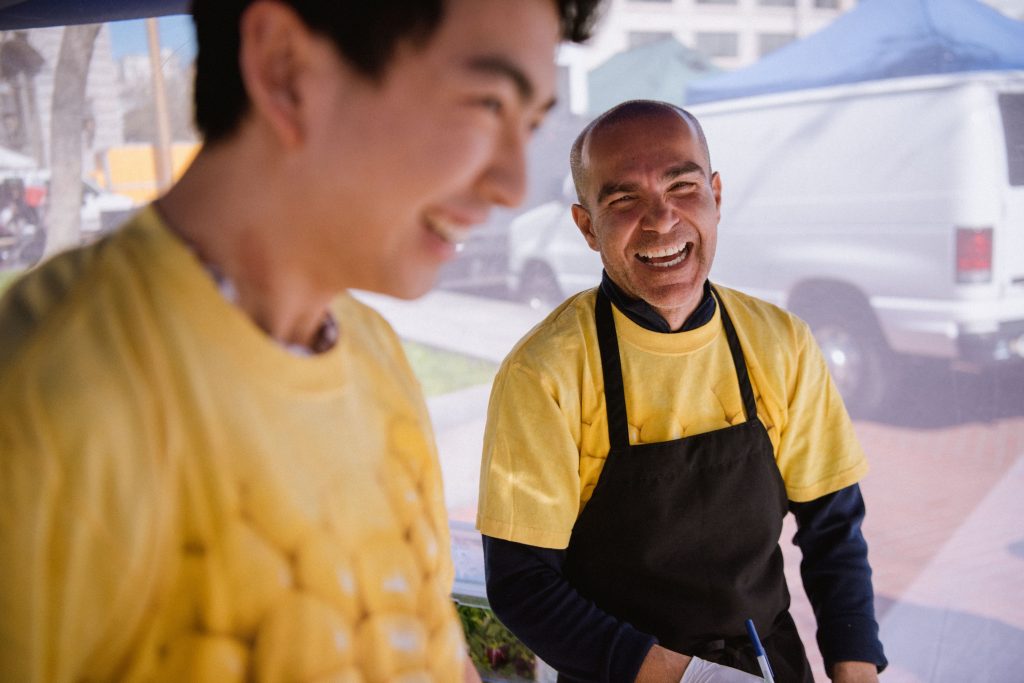 Since June 2016, two cohorts of seven and six participants have “graduated” the program. Stark estimates 800 people have eaten their meals. As they start another garden at a homeless shelter, they will add another three to five more participants. Farming Hope also has a team of 10 regular volunteers working alongside participants to serve in the gardens, pop-ups and Farmer’s Markets. 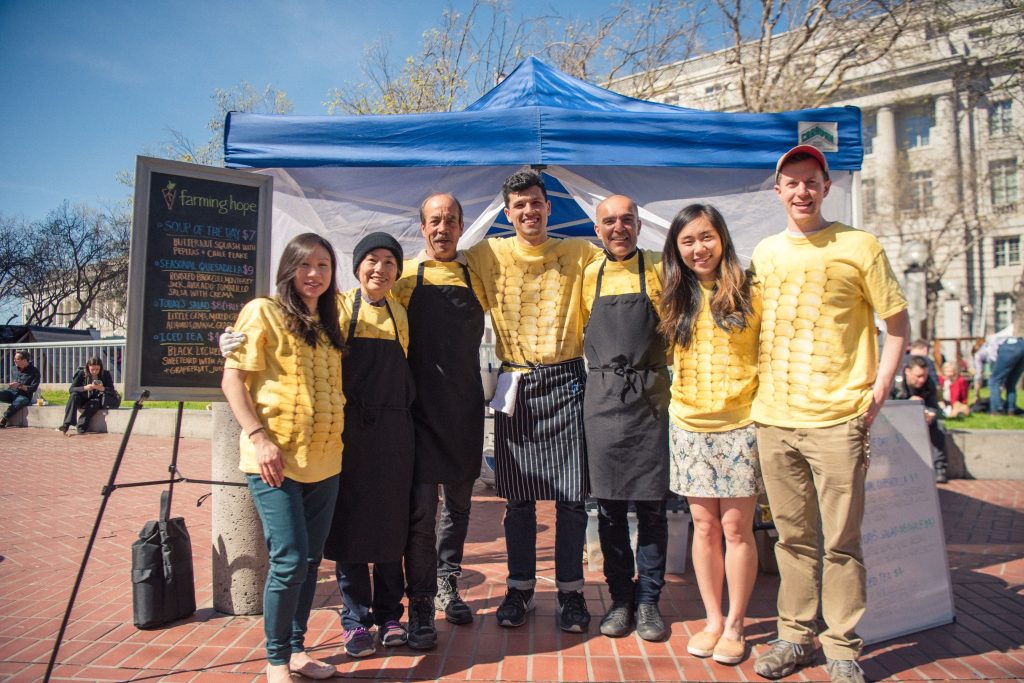 In August 2017, Farming Hope celebrated their one-year anniversary with a fundraiser/party that surpassed their original goal of $45,000. Beyond the numbers, Stark was happy to see everyone involved in Farming Hope – workers, volunteers, Stanford Design School staff, donors, and new participants – together in the same room. “Some of our homeless friends from Palo Alto played guitar and harmonica, and several employees stood up to tell their story,” he says. “I was really proud to see people share their progress, help break stereotypes, and offer alternative views on what homelessness looks like. It was good to get people thinking about being with one another and not be so separated and segregated.” 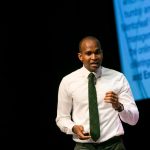 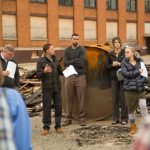