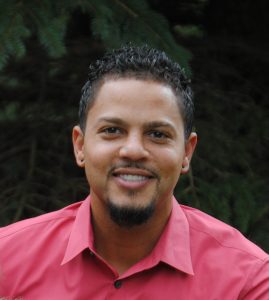 Ask Justin Beene what drove him to start two innovative social enterprises and a collaboration aimed at transforming lives and communities, and he begins with his childhood as a “poor brown kid” growing up amid the inner-city challenges of Grand Rapids, Mich.

He remembers waiting in line with his mother for food stamps one day and visiting “mansion homes” of school friends the next. He remembers when his family “scraped together” money to buy his brother basketball shoes and classmates who took him boating on their families’ yachts.

“Early on I could see the vast disparity. I could see what systemic poverty does to people in a racialized society and also what a good education and opportunity can do,” said Beene, 33, the 2017 Richard E. Herman Emerging Leader Award honoree.

To many, Beene is a social entrepreneur. He affirms that but adds that, more importantly, he long has felt a calling to be an innovator, a bridge builder.

More than a property maintenance business, Beene founded a social enterprise – Building Bridges Professional Services, a company that strives to turn a profit and change lives and communities for the better. 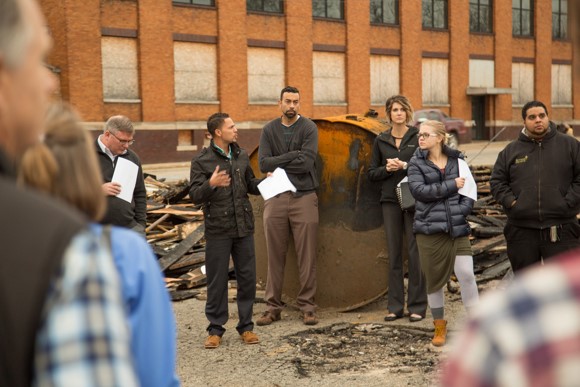 “We’re not strictly all about business and not all about the social ministry aspect,” said Beene, president of the Building Bridges partnership based at the Grand Rapids Center for Community Transformation, an abandoned warehouse renovated as the collaborative focal point for nonprofits and businesses aimed at addressing poverty through job creation.

In addition to business development, the center provides opportunities for vocational training in landscaping, construction and hospitality jobs; leadership development; mentoring, a GED program and a basketball league.

Beene strives to open a door where young people – including those who dropped out of school, aged out of foster care, struggle with unemployment and homelessness – “can bring their whole selves, all their pain and all their strengths, and learn to be who they have been created to be.”

Beene was in high school when he began dreaming and writing papers about what he’s doing now.

The son of a white mother and African American father, he grew up poor but in a family that loved him dearly and valued education. “My dad never graduated from high school, yet he articulated school, school, school! He always told me that I could be whatever I wanted, but always encouraged me to learn more,” Beene said.

A Christian elementary school and private high school education (financed by his maternal grandparents) gave him a strong academic foundation. His schooling also broadened his perspective on diverse populations – and deepened his desire to help bridge the gap between rich and poor, black and white.

While working on a Master of Social Work at the University of Michigan, Beene and his brother, Marques, then a probation officer, participated in community forums on ending violence, called in the wake of homicides, primarily of young men of color. “All these churches, nonprofits and businesses came together and over time issued recommendations that the city needed cross-sectoral partnerships – ones that would provide a sense of community pride and employment opportunities for young people,” Beene said.

Hired by the global nonprofit Bethany Christian Services to work with youth aging out of foster care, he also joined forces with another brother, Nathan, who began leading Building Bridges. Together they helped young people learn life skills and get paying jobs.

With one partnership under his belt, Beene began reaching out to other nonprofits and businesses, building more bridges.

It’s no surprise that Beene turns to churches and faith-based organizations as key partners.

“To me, the church is called to be the focal point of a community,” said Beene, whose childhood included family treks to church food pantries and weekly Bible studies – plus basketball and dinner – at his parents’ house.

“But the church has to be more than a building with four walls seeking to save souls. It has to be about developing relationships with the marginalized and being with others in community,” he said. “That’s the way of Jesus.” 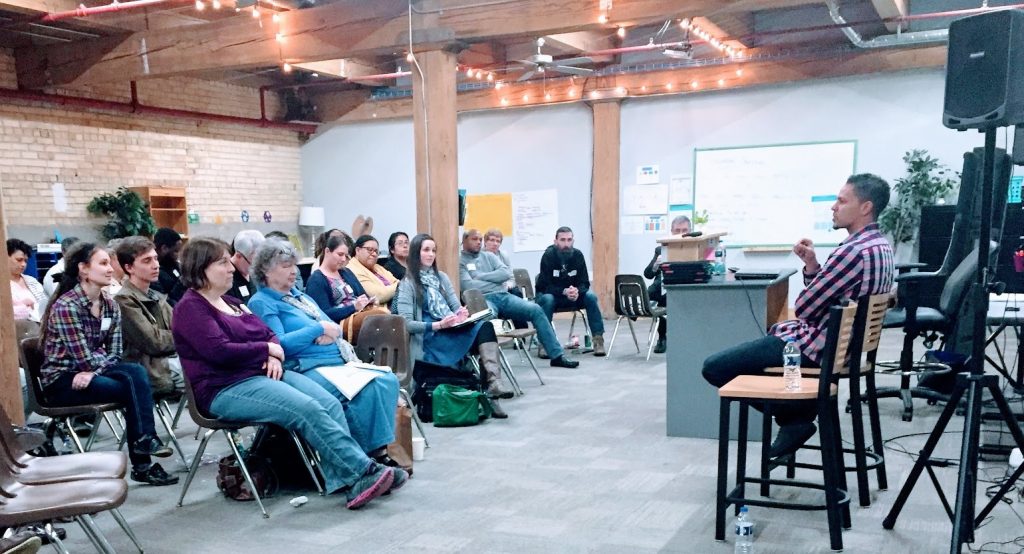 “He’s very careful to take time away to pray and spend time with God to ensure his work is informed by the Holy Spirit,” Heyne wrote in reference to Beene as an Emerging Leader candidate.

As part of his doctoral studies in 2013, Beene lived in Guatemala City with his wife, Karianne, and young son, Jelani, “in a little box [of a house] in one of the world’s grittiest cities.”

“Jesus’ spirit lives inside of us, and sometimes it requires people to take great risks on Jesus’ behalf,” he said. “Instead of asking God what He’s going to do, I started asking myself, Justin, what is the Holy Spirit already doing and what is He calling you to?”

One of our tougher kids

Beene earned a second master’s degree from Grand Rapids Theological Seminary and, in June, a fourth degree, a doctorate in transformational leadership with an emphasis in entrepreneurship. He’s working on the relaunch of his second social enterprise, the Rising Grinds Café, an urban coffee shop that burned to the ground just before it was to open last year.

Beene wept as he watched the fire – a devastating but “faith building” experience. “Sometimes God cuts away things so we can be more fruitful,” he said. “But He never forsakes us.” 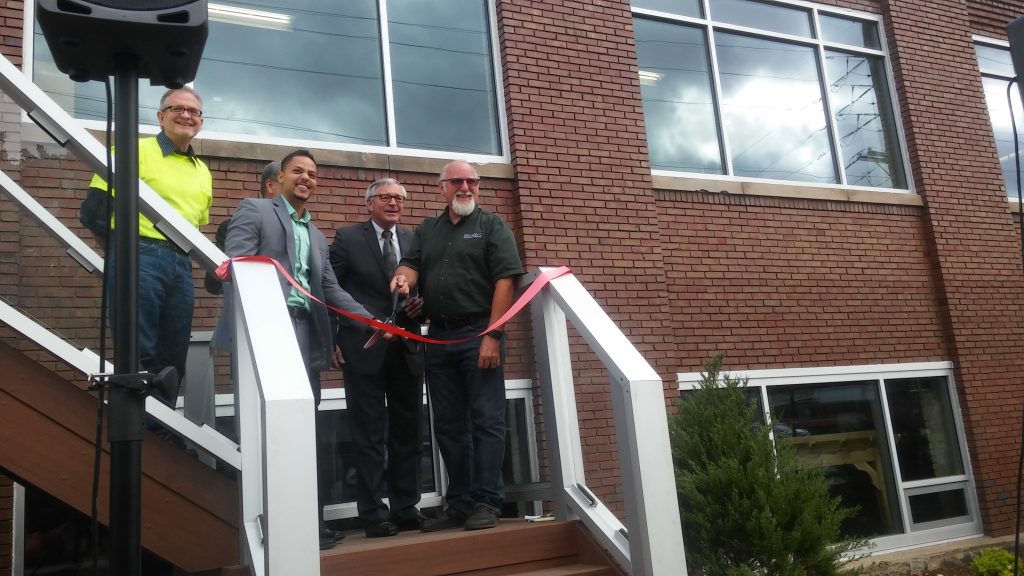 Today Rising Grinds is hiring and training young people for its opening. Those jobs will be among the newest made possible through the Center for Community Transformation – opportunities that touch over 400 people a year, Beene says, including hundreds of young people who are now earning a paycheck, learning a vocational skill and growing spiritually through community relationships.

Earlier this day Beene ran into one of his first Building Bridges employees with whom he worked almost 10 years ago. Since then this young man has been in and out of jail, struggling with unemployment, drugs and family instability.

“He was one of our tougher kids, but now he’s back,” Beene said of the young man who returned to Building Bridges and is working again as a landscaper. “The relationship was still there. He saw us as a stable place – a place of hope. That’s what we want to be in our community.”

While no “amazing story of life-changing stuff,” Beene says, that young man’s story “embodies what we’re called to be.” 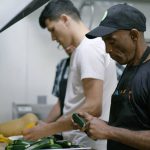 Using Food as a Tool for Social ChangeWorkforce Development