Healing House: a Medical Respite Program With A Difference

Recovery from surgery is challenging enough when you can recuperate in your own bed—but what if you are homeless? If you’re lucky, you can grab a shelter bed at night, but during the day your recovery takes place on the street. You walk when you should rest; you carry your possessions or your children when you shouldn’t lift anything at all. Under these conditions, complications like infection, bleeding, or a blood clot are likely, and may cause you to return to the hospital via the emergency room.

When a Madison-area Urban Ministry (MUM) task force studied challenges facing homeless families in Wisconsin’s Dane County, they concluded that a medical respite program was a critical need. In December 2013, MUM moved forward with Healing House, a 24/7 facility for families who are homeless and have a member needing ongoing recuperation after hospitalization.

MUM Executive Director Linda Ketchum notes that the only medical respite accessible to homeless families in Dane County is through 2- to 3-day Salvation Army motel vouchers. “The vouchers provide a place to stay, but no medical follow up and no way to get meals,” she says. “They’re okay for parents caring for sick kids, but we wondered: what happens when the parent is sick?” 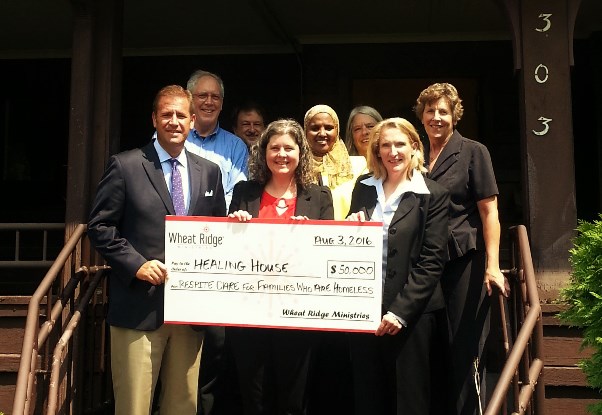 In 2016, MUM received a GrantsPlus award from Wheat Ridge Ministries to advance their innovative plan to provide restorative recuperative care to homeless families facing medical crises. Ketchum’s research indicates that Healing House would be the first medical respite program for families in the country.

Healing House has impressive support, with 15 congregations either serving on the advisory committee or donating funds. In addition, area homeless service provider agencies, the mayor, local alderperson, and the neighborhood association are on board. MUM has received more than $225,000 in donations and pledges, including the grant from Wheat Ridge—which Ketchum describes as ‘a real shot in the arm.’ They secured a building and the partners needed to renovate the building.

Their final hurdle: financial backing from the three major area hospitals. “Our preference is that each hospital invest in Healing House and put our respite care program in their operating budget,” Ketchum says, noting a similar medical respite program in Cincinnati led to area hospitals reporting an average of $6.1 million cost avoidance per year.

Corkey Custer, a member of the Capital Campaign Committee, notes that hospitals do not maintain data regarding homeless patients and, as a consequence, they don’t understand the magnitude of the problem. “Homeless families are very reluctant to identify as ‘homeless’ once they are involved with the healthcare system, because they are embarrassed and/or they’re afraid they won’t get taken seriously or get the treatment they need,” he says. “They’re also afraid an agency would be called in and they might lose their kids.”

Although the hospitals have been slow to commit, the Healing House Advisory Committee isn’t discouraged. “As more people in the community hear about Healing House, we’re getting calls—especially from hospital social workers—asking if we’re open yet,” Ketchum says. “We will get there. I firmly believe we will get there.” The committee is actively pursuing other avenues for funding and developing a fee-for-services model as a next proposal for the hospitals. And so the house at 303 Lathrop Street waits while they work toward their goal and commitment to have six months operating costs in hand before they launch.

Ketchum knows Wheat Ridge is there for Healing House. “It’s nice when funders send you a check but it’s also nice when they want to be engaged and really understand what you’re doing and why you’re doing it,” adding that the consultations and capacity-building seminars are especially helpful. “It’s really nice to have that support beyond the dollars and to feel that Wheat Ridge is there as a partner.”

Thanks to Wheat Ridge donors, innovative programs like Healing House can get off the ground to give homeless families a path to hope and healing. 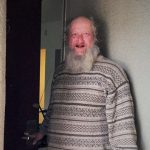 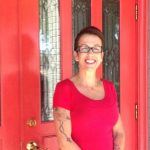