Lisa Wagner-Carollo founded Still Point Theatre Collective in 1993 to produce original professional plays and provide arts outreach programs to marginalized communities. By all accounts, the collective is a success, serving and empowering adults with developmental disabilities, currently and formerly incarcerated women, and senior citizens. The collective celebrated its 25th anniversary in October 2018.

Their service to incarcerated women began when the collective developed the Persephone Project. Thanks to the support of our faithful donors, We Raise Foundation (at the time, Wheat Ridge Ministries) awarded Still Point a $35,000 grant in 2005. The grant supported their work to provide incarcerated women with the opportunity to share their stories, participate in a supportive group, and heal from their pain. 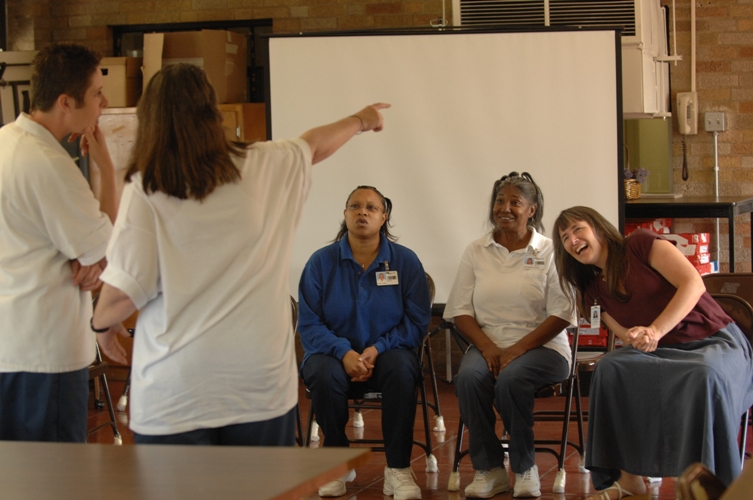 “(Then) Wheat Ridge Ministries was a very pivotal part of our evolution,” Wagner-Carollo notes. “We found them to be a valuable resource for advice and ideas that we immediately implemented into our fundraising.”

Donors like you helped this ministry take root and grow, serving women who are often cast aside and forgotten. Because of you, the Persephone Project has evolved and expanded over the years, providing tangible benefits for all involved: actors, teachers, and audience members. Programs are still run in two of four original Chicago-area locations: the Metropolitan Correctional Center and the Cook County Jail.

In 2016, the collective developed a program at Grace House, a halfway house for previously incarcerated women run by St. Leonard’s Ministries, also a We Raise grantee. “I’m very enthusiastic about this program,” Wagner-Carollo notes. “Not only are these women creating their own piece through writing, but they are also learning theater skills as they go along to put together a performance.”

The program is unique in that the women are paid for their work at rehearsals and performances. The Grace House program also opens up audience possibilities: while Persephone Project performances are usually seen only by other incarcerated individuals, center staff, and a few invited guests, this program really does ‘take the show on the road.’

We Raise Foundation remains grateful for donors like you who’ve joined us in our journey. Together we continue to answer God’s call to support transformative new ministries like the Still Point Theatre Collective.

According to Wagner-Carollo, the collective remains open to new ideas and projects, as well as new partnerships and new creativity. They are eager to expand their work with incarcerated women and other marginalized communities. And they continue to dream about the possibilities.

“I think it really helps to focus on who you’re serving and why you continue to do the work. It really helps to keep things in perspective. And it helps to be open to that guidance from the Spirit,” Wagner-Carollo says.

Your financial and prayerful support allows the Still Point Theatre Collective—and the women they serve—to grow and thrive. Thank you! 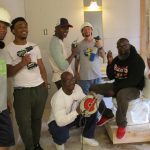 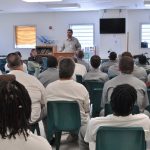