Transitioning back to the community after two decades in a maximum-security prison presented many challenges. However, Courtney Everett was confident that he would eventually succeed after he was released in June 2021. For him, it meant learning to communicate and applying what he learned from the Saint Louis University (SLU) Prison Education Program.

“When I re-entered into society, I had concerns about starting a professional career in my late 40s and being accepted in the world I wanted to live in,” said Everett, an SLU graduate. “But I learned a lot from the Prison Education Program—not just classroom work, but it changed my perspective. For the first time in my life, I had teachers that allowed me to call them by their first names. These were the same types of educated, cultured, and successful people that I didn’t believe I belonged around. These professors created a more nurturing environment in a prison visiting room approximately 10 feet away from the Missouri Department of Correction’s Execution Chamber than I had in high school and community college.” 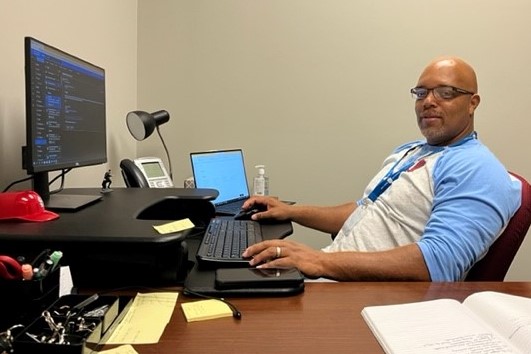 In 2018, We Raise awarded the SLU Prison Education Program a $50,000 GrantsPlus grant to help expand the number of course offerings and workshops. In turn, it will help to double the participation to 2,500 incarcerated people and prison workers.

“Once a student is released from prison, there are plenty of hurdles like housing, employment, repairing broken relationships,” said Julie O’Heir, director of the Prison Education Program. “It’s not enough to simply prevent returning to prison. We want them to flourish in their communities. Access to high-quality education and resources is transformative.”

The SLU Prison Education Program consists of three projects: Associate of Arts Degree Program; College Preparatory Program; and the Prison Arts and Education Program, which brings workshops and speakers into the prison. The noncredit program provides opportunities for participant to engage in activities outside of the traditional prison culture.

Classes operate much like in a traditional college classroom; however, there are obstacles such as limited access to technology and supplies. 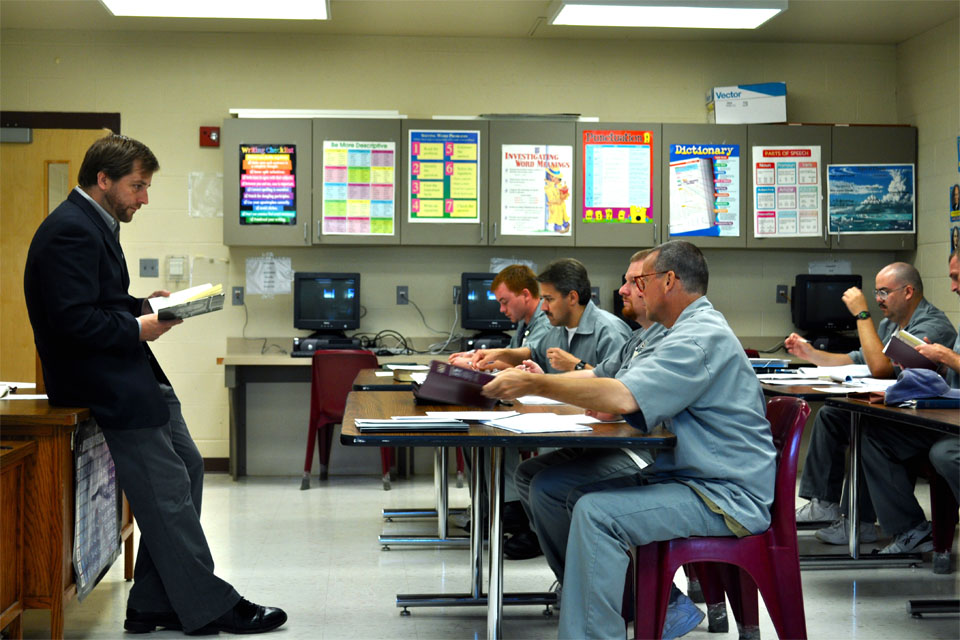 O’Heir added, “When students start out, they’re apprehensive about what they can accomplish. Around 18 months, they become more confident and cohesive as a group. They are each other’s greatest support. That’s important because they are living in a place that could be very isolating.”

Since the program began in 2008, 10 participants in the SLU Prison Education Program have been released. All remain out of prison and are employed in Missouri, including Everett. After earning his bachelor’s degree in business, he served as a teaching assistant for the College Preparatory Program. In February, Everett accepted the position of program coordinator for the Prison Education Program.

“Who better to help someone than a person who has overcome,” said Everett. “After prison, my definition of success has changed. It used to mean a good job and good money. Now, success to me is maximizing my God-given potential by committing myself to an occupation that allows me to use my gifts, abilities, and education in a meaningful way. With everyone I meet, it’s an opportunity to spread love and that creates change.”

Thank you for partnering with We Raise in our efforts to effect change by providing an opportunity for people to thrive inside and outside of prison and help end the cycle of incarceration.