Supporting Emerging Leaders Then and Now - We Raise Foundation

Supporting Emerging Leaders Then and Now

John C. Maxwell once said, “A leader is one who knows the way, goes the way, and shows the way.”

Ruth Fangmeier knew the way. In 1974, a $35,000, three-year Wheat Ridge Ministries grant to Lutheran Child and Family Services (LCFS) of River Forest, Ill., supported Fangmeier in developing and leading counseling and social services in support of the nearly 12,000 deaf people in Chicago.

Sarah Bernhardt knows the way. In 2018, We Raise Foundation awarded Bernhardt an Emerging Leader Grant for her work in creating Camp Resolve, an arts camp focusing on conflict resolution, giving hope to the youth in the underserved, poverty-stricken St. Louis, Mo., neighborhood of Gravois Park. 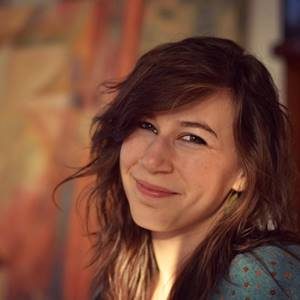 Both women were recognized for their ministry to vulnerable people and their commitment to mentoring others – traits that are as important to We Raise Foundation today as they were 45 years ago when its name was Wheat Ridge Ministries.

Fangmeier came to LCFS with a bachelor’s in social work; during graduate school, she became very proficient at sign language. Her connection with a pastor from Gallaudet University, a liberal arts college for the deaf, brought her to LCFS, where her compassion and mentoring skills helped hundreds of families. Fangmeier later earned a doctorate in social work and served at the Lighthouse National Center for Vision and Aging in New York. She taught at Carthage College in Kenosha, Wis., from 1997 to 2017, serving as chair of the former Division of Social Services. 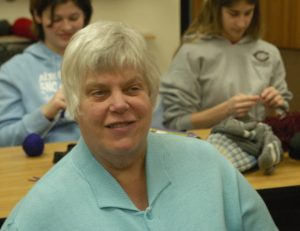 “She was good at a lot of different things and quite good with people, especially people who had handicaps,” notes Rev. Tim Fangmeier, Ruth’s brother. She passed away in 2018, leaving a legacy of students who benefitted from her teaching and mentoring. We Raise received a $50,000 gift in Ruth’s honor to support its work with young adults through Emerging Leader grants.

While not identified as such at the time, Rev. Fangmeier notes that Ruth was one of those ‘emerging leaders’ who benefitted from a Wheat Ridge grant. “It enabled her to develop her passion and her social work career even further,” he says.

2018 We Raise Emerging Leader Sarah Bernhardt, an artist and professor of art at St. Louis University, is passionate about using art to heal and bring hope to underserved communities. She founded Intersect Arts Center and developed Camp Resolve to help change the trajectory of youth violence in Gravois Park. Camp leaders mentor and train older youth, so they, in turn, can mentor and teach younger campers. 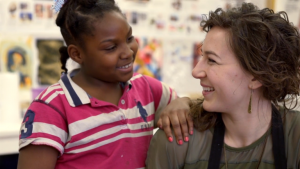 “We Raise has been very encouraging and intentional about how they support young leaders—it’s very refreshing,” she notes. “Even if we don’t have direct contact with donors, knowing there are people who care about the people we care about feels uplifting.”

“It’s one thing to give someone a grant, but then it’s another thing to provide training and encouragement and mentoring along the way,” Rev. Fangmeier says. “An Emerging Leader grant is more of a partnership: it honors the grant receivers in a way that just the money would not.”

Just as a grant opened the door to Ruth Fangmeier’s ministry and gave Sarah Bernhardt the opportunity to bring healing to a troubled community, We Raise seeks to recognize the potential of young adult leaders. Through the value-added services wrapped into today’s We Raise grantmaking, Emerging Leaders are poised for future success. Thank you for your prayers and financial gifts, which enable this support to happen. 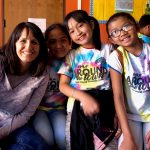 We Raise Grant Harvests Hope for Students in OaklandEducation 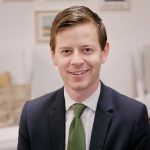